Since March 2020, Covid-19 has been the watchword and doctors have been at the forefront of this battle. From rearranging buildings so as to accommodate maximum patients to isolating themselves to protect their families, managing spikes in cases and workload, to implementing new safety protocols to prevent the disease from spreading, doctors have adapted to everything possible.

Dr. Uttiya Brahmachari’s is one such inspiring story.

Dr. Uttiya works as a consulting physician in Berhampore, in the Murshidabad district of West Bengal. He is a HealthPlix Doctor since 2019.

“Like many other doctors, the Covid-19 pandemic had an equal impact on me and my practice. I was attending almost 30 patients every day in my clinic. The ICU was full, we had 12 beds, all occupied.” Dr. Uttiya says.

“Sometimes, I had to treat patients outside of the ICU.  I made an effort to help the elderly, as the majority of them were in critical condition. We were not only physically exhausted but the staff was emotionally drained as well. In my career, I’ve never encountered a challenge and problem like this. I’ve heard about plagues and breakouts. However, this was a far larger problem. The most difficult task was to keep hope alive and to remain optimistic.”

Talking about his wife, Dr. Uttiya said, “My wife, who works at a nursing home, was interacting with the patients’ families. It was difficult to console people who had lost family members and to see families unable to afford expensive care. It was hard. However, we both did our utmost to assist families in the most effective way possible. We did not surrender. We battled and fought till the end.”

Setting Up a Covid Helpline Number for Patients

Dr. Uttiya launched a patient helpline number during the second wave to advise people about bed availability so that patients don’t waste time in finding beds. The situation at the time was so dire that every second counted.  He would inform patients beforehand about the bed’s availability and unavailability, promptly notifying them via the set helpline option. He believed that during such a phase, transparency was crucial.

Managing the Shortage of Oxygen

“Normally, we would obtain oxygen from local vendors, but due to its shortage, we were unable to do so. We began reaching out to everyone we could, including all local suppliers. I recall getting a call at 3:30 a.m. one day when I was sleeping. I came to know that the oxygen supply was running low, with only 2 hours of supply remaining. I had 2 patients on a ventilator and 5 patients on hyperbaric oxygen. During that period, I called everyone I could think of. It was terrifying, but I continued calling until help arrived, and the oxygen supply was restored in less than two hours. It did feel like a God’s miracle at that time.”

Dr. Brahmachari shares, “I’ve been using HealthPlix for more than two years now, and I will never move from it to another platform. It is a great software for physicians. It simplifies, accelerates, and expands the scope of my work.”

The data storage capability of the HealthPlix EMR is one of my favourites. Many elderly people in the region where I practice show up without any previous prescriptions or medical history. However, HealthPlix has really helped me in storing their data, medications, and other medical information, making follow-up appointments much easier. I am capable of keeping records, and I have been doing so for my chronic disease patients since 2019. Another fantastic feature is the ability to save phone contacts and send automatic SMS. My patients receive consultations and follow-up reminders in this format. So, absolutely, it’s a great doctor-friendly tool to have.”

Dr. Uttiya Brahmachari graduated from the Calcutta School of Tropical Medicine with an MD in Tropical Medicine. The Royal College of Physicians in the United Kingdom awarded him a Post Graduate Diploma in Clinical Endocrinology and Diabetes. He is currently working as a consulting physician in Berhampore, West Bengal, in the Murshidabad district.

HealthPlix appreciates Dr. Uttiya Brahmachari for his efforts. His commitment to saving people’s lives encourage the rest of us to do our part to help doctors like him succeed.

The Diabetes Doctor: How his clinical acumen led to a miracle for a mother 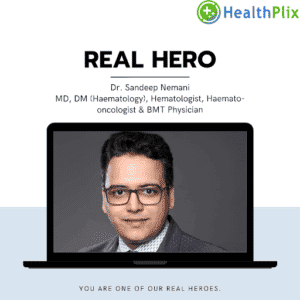 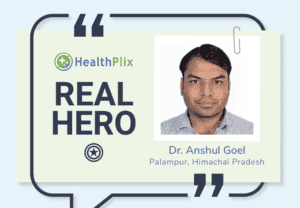 DR. ANSHUL GOEL VOLUNTEERED TO SAVE THOUSANDS OF LIVES DURING COVID-19