Diabetes is a significant public health concern in India, with more than half of the population at risk of having it. Diabetes affects around 77 million people in India, according to research. This number is, however, is likely to hit 134 million by 2045. Despite the high prevalence of diabetes, researchers estimate that 57 percent of cases go undetected. This is especially concerning because people who do not take medicine to regulate their blood sugar levels have a higher risk of detrimental outcomes.

People living in cities and metropolitan areas in India are more likely to develop diabetes at some point in their lives. This results from a lifestyle that can lead to a rise in a person’s BMI. Any increase in BMI above normal weight levels is associated with an increased risk of being diagnosed as diabetic or having complications of diabetes.

World Diabetes Day is the world’s largest diabetes awareness campaign reaching a global audience of over 1 billion people in more than 160 countries. Access to Diabetes Care is the theme for World Diabetes Day 2021-23. Learn from leading Diabetologist Dr. Kunal Jhaveri how EMR technology is improving access to diabetes care in India.

From the desk of Dr. Kunal Jhaveri

Dr. Kunal Jhaveri is leading the fight against diabetes in India.

He has established himself as a top physician in the community owing to his rich experience. Apart from providing expert healthcare at his ‘Vishesh Clinic of Internal Medicine,’ he has also worked as a consultant for several hospitals. He has been using HealthPlix EMR since 2018.

Diabetes, he says, is a complicated disease. He believes that the majority of cases are overlooked due to a lack of knowledge and capacity to recognize the signs. Diabetes cannot be completely cured, but it can be effectively managed. The treatment of diabetes can help patients with other metabolic problems as well. Dr. Kunal feels that if the attitude around diabetes is not changed and the right information is not dispensed, very soon, we could become the diabetes capital of the world, leaving behind China.

“I think it’s high time that the mindset in India against medications – that they are not very helpful and should not be taken – should change. If people go untreated for 5-7 years, a lot of metabolic harm can occur. That is why it is critical to begin getting tested for diabetes at the age of 25, ensuring regular check-ups every once a year.”

He shared that the HealthPlix EMR is helpful in diabetes management.

Dr. Kunal threw light on some of its important features and how it impacts his practice and patients’ health outcomes.

1. It’s easy to compare the HBA1C data of all the patients. Everything is recorded in the EMR, and he can make better and efficient clinical decisions based on this feature.

2. Sometimes, patients come without paper records, they could be coming from a place other than home, where they tend to not carry their medical files. But, with EMR, doctors can count on the software to give them the patient’s history.

3. EMR also has graphical representations of what medications and investigations are on. This way, doctors can compare and show their patients what is working and what isn’t.

4. Another benefit is the legibility of prescriptions. Initially, patients would not understand the handwriting on paper. But, with EMR, prescriptions are legible, faster and easily suggested.

5. Through EMR, doctors can practice from anywhere. It’s a digital clinic that bridges the gap between doctors and their patients.

6. To make a comprehensive prescription, doctors need at least 15-20 mins to write, but with EMR, the time saved can be spent on patients’ consultation.

7. During the pandemic, he was able to tele-consult 50-60 patients per day. Without mismanagement, the entire team could work efficiently on the EMR.

Dr. Kunal Jhaveri has over 10,000 patients registered on the HealthPlix EMR.

Over time, he feels, that HealthPlix has become a part of his everyday practice. There are less entries and more output. EMR offers him more confidence, saves time, and saves patients’ time as well when it comes to chronic disease management. It’s simple to operate and carries a wealth of information, helping doctors connect all the dots of health and vitals.

Dr. Kunal Jhaveri (MBBS, MD, PGPPM, Fellow of Diabetology & Cardiology) has a wealth of experience, spanning all over the globe. He has worked with some of Ahmedabad’s greatest doctors and in some of the city’s premier hospitals. He also shares his expertise regularly as a speaker in the country’s major SMEs like RSSDI. He was also the youngest physician from India to attend IPCRG 2014 International Conference at Athens-Greece and the only one from Gujarat. 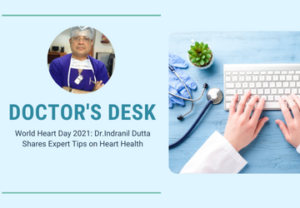